SOUTH BEND, Ind., May 14, 2019 /PRNewswire/ — The Pokagon Band of Potawatomi Indians and Four Winds® Casinos are pleased to announce the names of two amateur golfers selected to be this year’s sponsor exemption for the upcoming Four Winds Invitational which takes place Friday, June 7 through Sunday, June 9 at Blackthorn Golf Club in South Bend. 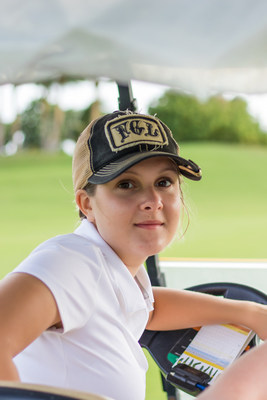 Sponsor exemptions are a tradition at the annual Four Winds Invitational and are used to give amateurs and up-and-coming players the opportunity to play in tournaments and compete against professionals.

Warren is a Native American and member of the Pokagon Band of Potawatomi Indians. Her official golf career began just four years ago when she began playing and taking lessons. In her freshman year at The Bryn Mawr School in Baltimore, she was the #1 seed and went undefeated, earning All-Conference honors. As a sophomore, she won the individual Interscholastic Athletic Association of Maryland championship and led her team in wins. She competes in the elite ranks of the Mid-Atlantic PGA. Each summer she provides service and support to the tribe by traveling to Dowagiac, Michigan, and visiting with her family which includes Pokagon Tribal Council member Deb Williams and former Chairman, John Warren.

An elite junior golfer, Pano has won eight world championships and 67 national/international championships in nine years. She holds several scoring records in major championships worldwide. Pano is currently ranked #8 in the American Junior Golf Association and #13 in the Junior Golf Scoreboard, and 64th overall in the World Amateur Golf Ranking.

About the Four Winds Invitational
The Four Winds® Invitational was established in 2012 as part of the Symetra® Tour – Road to the LPGA®, and is sponsored by the Pokagon Band of Potawatomi Indians and Four Winds® Casinos. It is held at Blackthorn Golf Club, located at 6100 Nimtz Parkway, South Bend, Ind. The tournament features a field of professional women golfers from around the world. More information is available at fourwindsinvitational.com, or by calling Melinda Pierce at (574) 257-4332, or email [email protected].